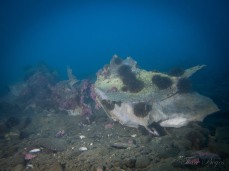 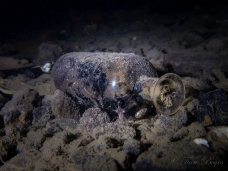 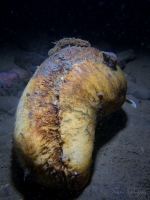 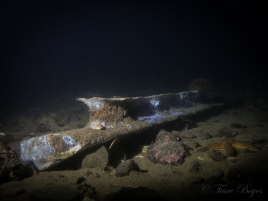 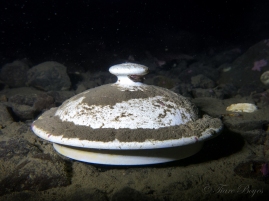 In the mid 19th century whaling increased dramatically all over the world as new technologies, such as steam ships and explosive harpoons, allowed whalers to hunt more whale species than had been possible before.  In 1883 Norwegian whalers began hunting whales from shore stations in Iceland. They built seven stations in the Vestfirðir peninsula and five in the east part of Iceland. In the period between 1883 and 1900 Norwegian whalers almost wiped out many whale species off the coast of Iceland and official records indicate that in this period at least 17.000 whales were killed. These species included among others; humpbacks, blue whales, fin whales and right whales.

Dive into the blue waters of Álftafjörður and Seyðisfjörður fjords and visit the long forgotten remains of the whaling industry. You will explore a shipwreck, tools and various artefacts, which ones belonged to the whalers. You will also see the bones of the giants of the seas, which lie strewn across the seabed as silent witnesses to the great whaling massacre of the 19th century.  It will also be possible in summer and autumn to witness the arrival of juvenile saith and cod, as they migrate into the Ísafjarðardjúp.

Min Persons on this tour:  2

Max Persons on this tour: 4